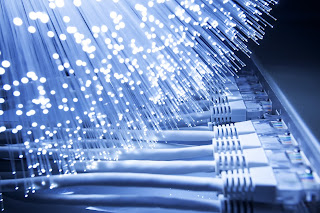 My side job for the last ten+ years has been chasing the next disruptive opportunity in the data center business.  I have spent a significant percentage of the time trying to understand the edge of the network as I always thought that it held some bit of magic that would allow the right business to unlock a vast demand profile and disrupt the current data center market leaders.  Many ideas have been hatched to capture the edge, but none have yet done so.

The edge thesis has been that there is a need for content, storage and compute near end users to support future applications and growth of the internet.  Frequently cited examples include over the top, autonomous vehicles, distributed health care, smart grid technology, content distribution, support of 5G wireless networks, and many other concepts that involve end users doing new things or old things more efficiently.

Like many ideas, they change dramatically year-to-year and maybe even month-to-month.  New technology, modified architecture, new operating models - all change the definition of the edge and the infrastructure required to support it.

"The cloud is only as good as the network," was a pitch I heard in several different forms over the past year.  If you go deep on future drivers like AI, and 5G, it is clear that there is no defined value for edge data centers.

There seems to be a consensus that 5G will not start meaningful installations until the second half of 2020 and then will proceed slowly from there.  The interesting part is that the delay is allowing the radio equipment manufacturers to advance their designs and provide more intelligence within the site equipment, likely negating the need for edge data centers.  There may still be a demand for strategically located CRAN, but the cost and size of that is also being reduced dramatically and may also eventually evolve into the radio.


The reality is that the edge is fading to be replaced by intelligence in the network and in end-user applications and devices.

The reality was clear to me about a year ago, when I took the edge dream to the edge of funding, but pulled out at the last minute as I became convinced that there is no meaningful and persistent edge.  Ironically, this truth was underscored to me by my 19 year old middle son when he said "I am glad you are not going forward with your business because the plan is fundamentally flawed."

Where to look next?

Posted by datacenterguru at 5:51 AM No comments: